An essay by Bethany N. Bella

Remember when everybody was your enemy
and you were out to be the best?
With all the same dreams and all the same schemes,
how could all of us pass the test?
So you bested them. You sought out ways to win the war of attribution,
of resolution,
of resolute stubbornness and absolute annihilation.
You could win. You had to. No question.

Then we got older.
And the more people fade.
The lines on your skin got weary with age
and the battle lines seemingly already made
seemed more confusing. Old and old-fashioned.
No longer was the straight line straight
or the rough terrain fun to slosh through.
There were fewer people on your side –
to compete or to compare to.
There wasn’t as many people there, anymore. Funny how the finish line scares.

Then we got older.
And the more we learned.
The more we learned about the lies and the latex
the cake that we (couldn’t) eat, too.
It got more complicated to say, I love you. Even more: I love you, too.
We pummeled and prodded
and pushed each other out – out of the way, and out to stay.
Harder lines were drawn, lines once in the sand and now just for sanity’s sake.
Lines that divided. Lines that smeared.
It was better that way, they said. The path ahead was cleared.

Then we got older.
And the darkness never quit.
Over and over again, night and day and night. Again.
You couldn’t look around any more because it was too dark.
Too dark to see, too dark to be. Too dark to even fancy a dream.
You couldn’t dream because you didn’t want to. The dark was too much already it seems.
Too much to delay, too much to stay – so you stayed the course, of course.
You don’t have to tell me why you stayed. 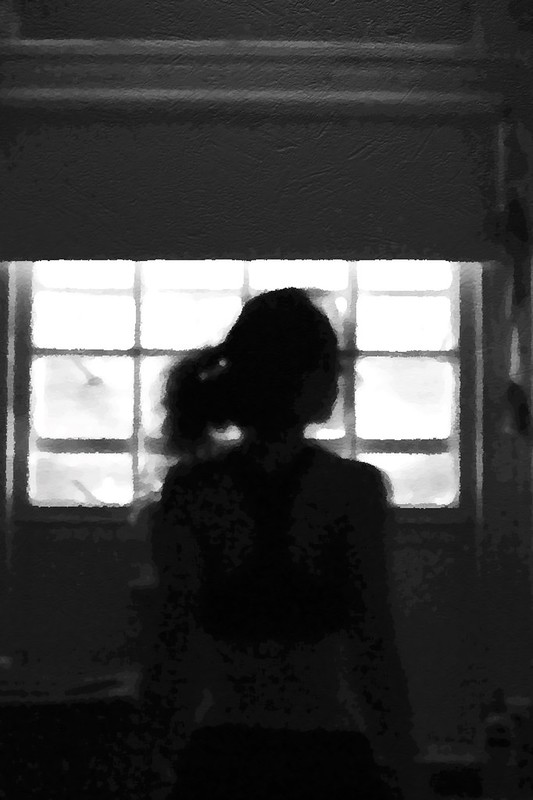 The more you got older,
you realized you were fighting all alone.
Who cares about the rights of the single mother, or the right way to defend against oppressors?
Who would stand at Standing Rock instead of sitting down in silence?
Who would move mountains by moving migration patterns?
Who would plant a tree or a seed, every single day?
Who would stare down the barrel of a gun, barely able to breathe?
Who would open the door with a smile, and leave no opportunity unclosed?
Who would close every email with a thank you, and mean it really and honestly?
Who would honestly answer every question sincerely, even if that answer sounds like I don’t know?
Who would always bring her coffee mug to the café, and simply say No to another plastic tombstone at the store?
Who would know if you donated all your clothes or all your time to clothe those you love in kindness? Aren’t both just as beautiful?
Who would care? More importantly, why should it matter?
Who would do not the best in the world but the best that you can do, because that’s all you can do?

2 Replies to “Nobody but you”