But this land isn’t their land, because we said so.

They don’t deserve it, Washington said. They don’t ‘take care’ of it, Jefferson said. Therefore, they should get none of it, Jackson said – ever and anon, treaties and sovereignty be damned.

Time tells me they didn’t stand a chance. History tells me they took chances, tried to win back the land that was rightfully their own to honor for a little while. But they fought the wrong side every time.

​British came, British went. French missionaries came, and syphilis too. Spanish conquistadors came, those peevish Puritans came, the Irishmen and their potato-stricken families came, and against their will, African slaves came – the Syrians would like to come, but we’re not so sure anymore. Our borders might be full, we say now. We – the land of the “Free”.

Names of land roll off tongue like candy sugar, sweet and strong with memories we think are old, a taste that lingers over the land today, tomorrow, and yesterday.

Names not so familiar. Names written in ink and on hearts but erased from maps and political consciousness. Names lodged in throat, swallowed in sleep, ever-wishing to emerge with the morning light of a promised progress that never came.

Look out over your land, dear America, and tell me what do you see?​

Do you see mountains and river-scapes, or skyscrapers scraping against the smog-laden skies? Do you see ocean waves and crested buttes, or crusted-colored plastic ruin running along the shoreline?

Did you see a homeland, or a land that you call home?

Did you see in magazines what it looked liked ‘before’ – as if the trains, planes, and automobiles were the first creatures to crawl over the landscape like pioneers?

Tell me, did you see people? Did you see human beings, that pesky species that’s proliferated everywhere – in any of your national parks, or public lands, or sanctuaries of nature’s refuge?

And they weren’t perfect – Mother Nature didn’t give them any special preconditions.

But they listened, and learned. Learned from mistakes and worked and toiled and tried again and again, long before the plow of a tractor or the tracking coordinates of a GPS-enabled cell phone took selfies in a sacred hollow.

And then we came.

We came and thought limitless. Limitless trees, limitless dreams, limitless people to exploit as we please.

When you think the world is yours, and yours alone, who perhaps unprepared is prepared to stop you? When you think you have dominion in the arms of your Father-keeper, how kindly do you treat your Mother, then?

​Oh believe me, I came later. I came after the crash and burn of Revolution and Reservations. I came and remain lodged in the hills of Appalachia, a place and space they also once occupied, but not so much anymore.

​Look at me, you wouldn’t know that I have no fault in this massacre of earth and earthlings – this controversial, unspoken genocide inside our very borders. I inherited a land of bloodlust and buildings, a land that was built upon the lives of those who lived before.

​So I say We because I have a responsibility for Me – we all do, to take care of our planet this time, for those to come. Maybe for those who want to come back.

​Who are they? Has it ever mattered to you before? Or have you just never thought to ask? 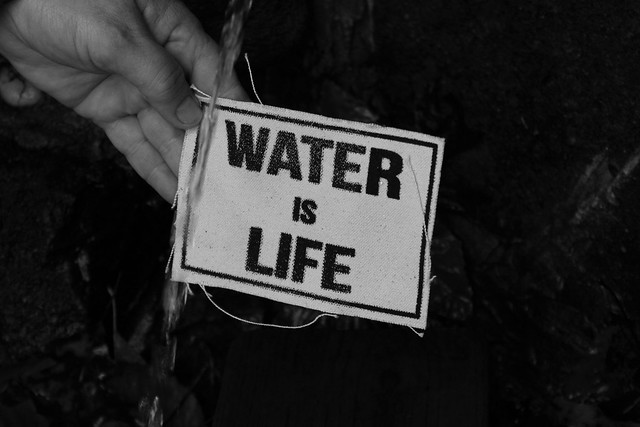