Taking off on the runway back in June, I knew I had some unfinished business back in California.

This summer was another season of growth and self-discovery. This summer I confronted my past self to make my present a truly unforgettable future for who I am becoming.

I first fell in love in California.

Mystified and utterly starstruck, I disembarked in a land of endless sunshine and fast friends. From the merciless grind that had become my dull life back in Ohio, I surfaced, like great Pacific waves — and I began to change.

The quiet Owl in the back of the classroom took more of the center stage, Lion/Peacock style. My confidence surged. My love for friends and finding new passions trickled into a river by the close of my first NSLC experience in the Bay Area.

Leaving those moments of euphoria? Challenging, depressing, and disorienting, to say the least.

Nothing could compare to the Golden State in my gold-tinted lens on life. I pined for the pines, made moves to climb more mountains, and wallowed in the winters of Midwest Ohio.

It used to be, for me, California or bust. Nothing else, no one else, would do.

Some of my friends didn’t understand my yearning for those golden days — but who wouldn’t want to return to their place of comfort and Golden State of glory?

I knew when I signed on for another UC Berkeley NSLC experience this summer that I would struggle, initially, to make new memories in a space and place that still burned bright with gleeful — and painfully bittersweet — memories.

Coming back to the same stomping grounds was jolting, at first, without the same staff to occupy it. Everything looked as it did two years ago, didn’t it?

See, because of my revelations in Singapore, I’m now much more aware of the world as it is, instead of how I previously presumed it to be in my Athens state of mind.

What I saw this time around in San Francisco was less than my idyllic fantasy of summers past and much more the reality that is all around us today.

It’s sort of like this: A pretty bizarre grouping of loners, stoners, and I’m-on-my-own-ers. A community crushed and squeezed by its mega-wealthy population in designer suits and swagged-out cars.

It’s dirtier and harsher on its outer edges than I remember in my wanderlust-coated haze the first time I was in San Francisco. 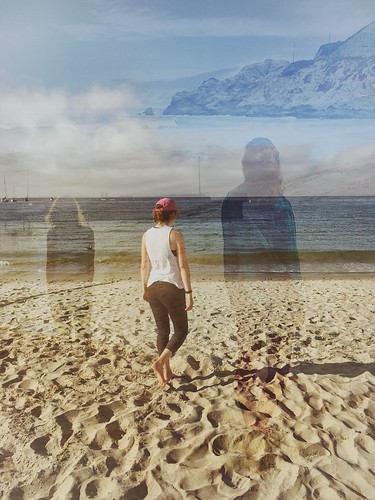 I’m not the same high-strung, ambition-churning workaholic I was when I first got my taste of the West Coast vibes.

I’ve learned too much about the world to turn and ignore it, like I was privileged to do before.

What I’ve realized since being back in the Bay is that California isn’t some homogeneous utopia for the environmentally conscious — it’s an escape for some, a fairytale for those who can afford it.

And for everyone else? A perplexingly expensive vacation destination for the fortunate few.

I’ve started thinking: Honestly, why would I choose California over every other viable option of living at this point in my young life, when I’m short on capital and capital gains?

Economically, it doesn’t make much sense for me at this moment. Realistically, California’s got its own baggage that doesn’t always serve its marketed purpose.

I’m not saying I now loathe the likes of California. Like everything else in life, there’s two sides to every story. The one we hear first may not match the one that comes in times of need.

Home, I came to realize while wrapped up in a wheelchair last fall, is a lot more about a feeling than a place or destination.

Luckily this summer, I had the amazing friendship of a whole new group of people who started to make me feel home in the comforts of my own skin — no strings attached, no location required.

So now, back on the runway and on my way back home to Ohio for a bit, I’m carrying with me the lessons learned from this summer: that love and friendship have to start with where you are; that dreams aren’t always what they seem; and the story you write yourself can change — and that can be the most fulfilling part of the journey.