I’ve been writing my way through life since I first learned how to hold a pencil. I’ve nearly written it all — I’ve captured storybook fantasies in elementary school, responded to prompts for appraisal in middle school, reported in-depth articles, published my own poetry books, and slogged pages of research reports for my undergraduate education.

But somewhere along the way, writing became a coping mechanism instead of a passion or a hobby, a way to make sense of my world when I otherwise couldn’t explain it to others.

When I struggled with severe anxiety, depression, and anorexia in the eighth grade, I turned to writing as a survival mechanism. My words were a source of solace — seeking friendship, connection, and yes, risking vulnerability with others were all social challenges I began to avoid altogether. I became consumed in my own writing, my words alone I thought no one else would understand.

When people finally read some of my work as I pursued journalism in high school, they convinced me that my coping reflex was actually my biggest strength. As I contemplated my next steps toward the end of my junior year, I leaned heavily on the advice of those who thought they knew me best:

“But you’re such a good writer.” “But you’re already so involved.” “But this is what you’ve always done.”

And so I pursued journalism school in college, partly because it was something I already knew how to do and had been extensively rewarded for in high school. It was a profession that would allow me to keep writing away in a quiet study where my worth was tied directly to my words. As someone who was constantly writing papers, essays, and journal entries, I agreed it seemed like a natural progression of my storytelling talents.

Instead of saying words that people could deride me for, why not just write them?

But writing in a newsroom quickly proved to be a distorted version of the writing in my bedroom sanctuary: complicated motives, rushed deadlines, and terse sentences were expected over my lengthy, reflective personal entries. I struggled to fit in with a culture that proclaimed, quite boastfully at times, that they were completely objective, all-knowing, heroic slaves to the pen.

I had found writing as a way to find myself — so how could I claim to write about everything else with such a heady ego if I hadn’t even uncovered the real truths about myself yet?

I’ve written about my breakaway with journalism in numerous entries on this blog. It was a painful dislocation of the self, at the time, but one that was necessary and ultimately brought me so much happiness in the last half of my college years. But it wasn’t until recently that I understood the true meaning of this unhealthy fit, and why I gravitated towards writing as a profession in the first place.

For months, I agonized over if abandoning journalism was the ‘right’ thing for me to do. As someone who has a tendency to please other people, I had a difficult time convincing my mentors and peers that this was, in fact, the best choice for my own fulfillment — even if my track record seriously proved otherwise.

I didn’t begin to understand exactly why I wrote so much over the last 10 years of my life until I graduated college, got a job, met an amazing man, and subsequently had no desire to write anymore. 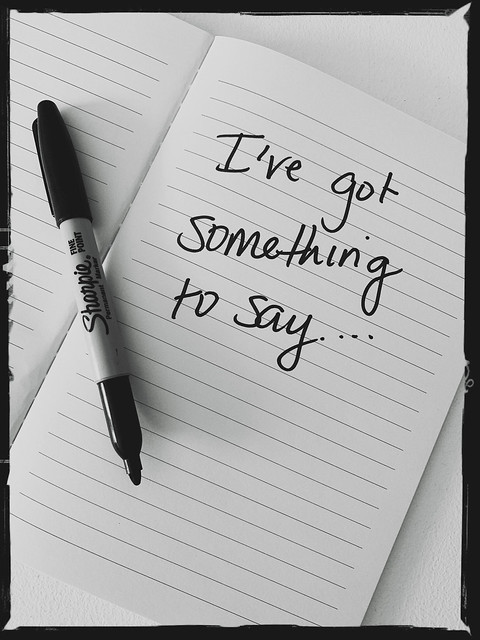 It often perplexed me to no end: How could the girl who wrote a blog post or a story every week suddenly run out of words? And what did she do instead?

She simply started living more. She spent more time with her family, her friends in town, and her new boyfriend, prioritizing trips to the farmers market and the movies instead of isolating with her notebook and pen. She traveled to new places, discovered she was loved and appreciated as who she was — not who she wasn’t, or wanted to be. She spent more time planning for action, instead of thinking about all the things she should’ve, could’ve, or would’ve done. Living simply, and simply living, started to heal the girl who had been so hurt inside — she no longer needed her writing to see her through.

She had found what she was looking for in the life now written around her.

In the last two years, I’ve accumulated a monumental amount of trust and confidence in my own self. I am no longer searching the Internet or my horoscope for the right thing to say or do. Instead, I’m living with as much intention as I can muster, and I’m learning how to rely on myself and those allies around me in times of need.

I’m writing when it feels right, but more often I’m just talking through my feelings or ideas around the dinner table. It’s nice to finally have a community I can communicate with and who I trust. And, I gotta tell you, it’s so much more rewarding for me to live in this world instead of merely writing about it.

2 Replies to “Write Now: I Trust In Myself”